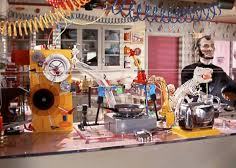 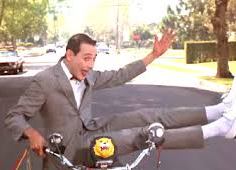 Have you ever seen Pee-Wee’s Big Adventure? Probably not since you were a child…I’ll refresh your memory. Pee-Wee gets a new red bicycle. I vividly remember the scene where Pee-Wee is riding his bike, ringing the bell smiling/laughing. The same thing happened to me last week as I was riding my bike home.

It was the exact scene from Pee-Wee, except it was me. I vividly remember this movie because I’ve seen it more times than you have seen E.T. I’m trying to think of a movie everyone has seen (several times)…E.T. might not be the best example, I don’t even think I’ve seen that movie one whole time.

Fact: Pee-Wee weights a whopping 98 POUNDS. I know this because my brother and I use to  watch the intro to Pee-Wee’s Big Adventure over and over, crying from the deep down belly laughs. When I say use to…I mean every time I go visit. If you have not seen the INTRO to this movie, you must. It is the best part of the entire movie. 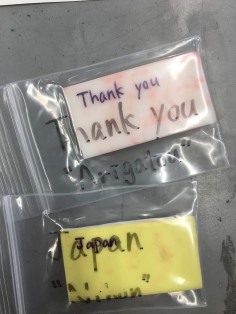 A student made me stamps! On January 31st I sent out a bunch of letters. I was thinking, I wish I had a Japan stamp. That exact thought went through my head. I was going to ask coworkers if they had one so I could stamp the letters with it. I decided to skip it since I sent some Kanji cards out in these letters. The NEXT DAY a student gave me two hand-made stamps. One says Japan and one says Thank you, in Japanese. Coolest surprise I have ever received!

February 2nd, chichi arrived for his second  visit in Japan! Yippee. I rode my bike to the train station to meet him. I was taking a video of the airport bus pulling up…to my surprise otosan (dad) didn’t get off of the bus. I started laughing because this meant he got off at the wrong stop. As the bus pulled away I was debating my next move…After all-father was somewhere in Japan, without a way to contact me.

As I sat there laughing out loud, next to a person who had figured out the situation just by watching…I heard my dads whistle. There is this universal Binger whistle. I searched to find where the sound was coming from-There was dad standing about half a block away. He had gotten there before me, on the previous bus. Aha.

Sunday, we adventured to Kyoto where we visited my monkey friends. I thought my dad was going to enjoy the monkey park as much as I do…Turns out he doesn’t love monkeys as much as I thought? I’d work there if I could. I’d like to see if I can volunteer there on weekends. Kyoto is kind of a destination place. It was once the capital of Japan. It is famous for the temples, gardens, palaces, shrines and structures…Of course I go there to see the monkeys…

We stopped and got shrimp kabobs. Dad liked his so much he wanted to stay and eat there all night. I love shrimp but it sends chills through my body when I think about/see their legs still attached. Makes me shiver and nearly gag just thinking about it. As I was eating my shrimp, my dad says…the legs are good huh? I let him have the remaining shrimp.

These are some images of father. If you look closely you can tell that he is communicating in them…with animals including: cats, monkeys and owls. 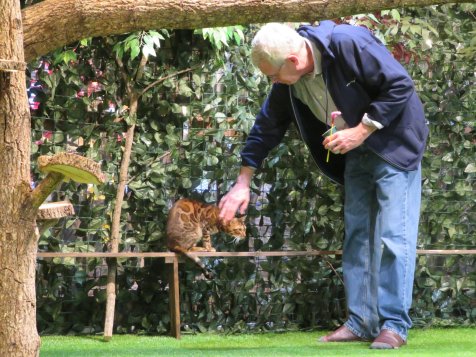 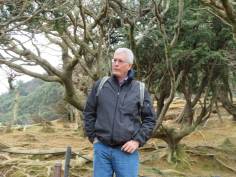 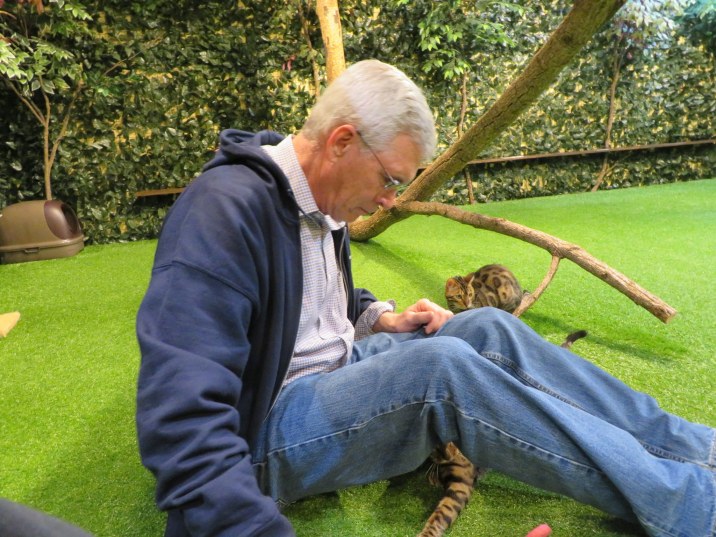 Sunday was Setsubun. Super cool tradition here. It occurs the day before the beginning of Spring in Japan. This day has a special ritual to cleanse away evil and reject evil spirits to come. To do this, you throw roasted soybeans out the door/window or the person wearing a demon mask. People say “Demons out, luck in” while throwing the beans. The beans are purifying. This is how you drive away the evil. To bring luck in, people eat the amount of roasted soybeans that corresponds with their age. This is comparable to throwing rice at newly married couples. 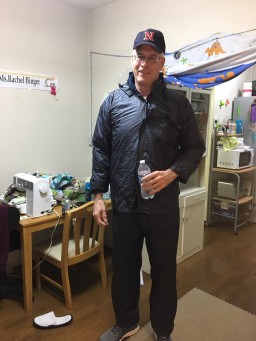 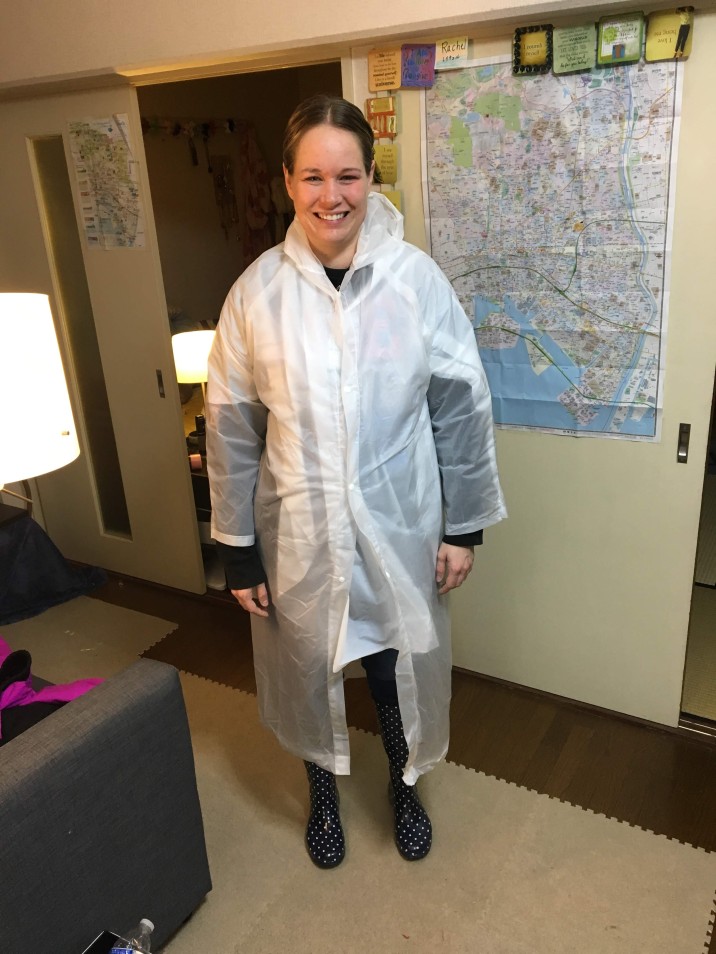 My dad rides to school with me in the morning and meets me at school at the end of the day. One day we had to wear rain suits…I let chichi barrow mine and I wore a poncho and rain jacket. Most of the ride to school I repeated to myself or out loud, “this is not fun, I do not like this, I am not having fun”. It is miserable riding bikes in the cold & rain. At school, dad walked around school and said hello to some students with me. The students were amazed by his height. He is comparable to a giant. The students applauded him when he walks into the room, it’s really kind of beautiful.

The weather here is cold. Before moving here it had been described as “bone chilling cold”. I didn’t think much of the great word choice at the time. I thought-I live in Spokane where the winter weather can be in the single to negative digits. That being said…It has been in the 40’s sometimes 50’s here in Nishinomiya this winter. Now, 50 degrees is T-shirt weather in Spokane. I’d nearly be wearing shorts the first day of sunshine and 50’s! Here…50’s feels like 30’s. I thought I had become a weakling but I confirmed the bone chilling cold when my dad came here from 20 degree weather and thought this was “chilly”.  I check the “feels like” weather and that is not accurate. It is 45 degrees today and it feels like 42. Feels like a solid 35.

There are a few things I have gotten use to that my dad is pointing out. The toilet is usually in a separate room than the shower. In the shower the tub is next to the shower-they are not one unit like we are used to.

I have a sheet hanging up to separate the kitchen and living space. My dad thought that was ridiculous…until he realized how cold it is inside. Sometimes, I have my jacket on just to stay comfortable.

The flowers are still blooming 🙂 Year round kind of flower place.

I’ve seen some orange trees too.

I’ve been to the “recycle store”. This is a place you can go and get something once a month. It is free and next door to what is similar to our dump. Of course I know exactly why you can only take one treasure a month…I would have taken three or four things home my first time there. I did come home with a nice shelf and coat rack. I could use about 3 more coat racks. Hah. 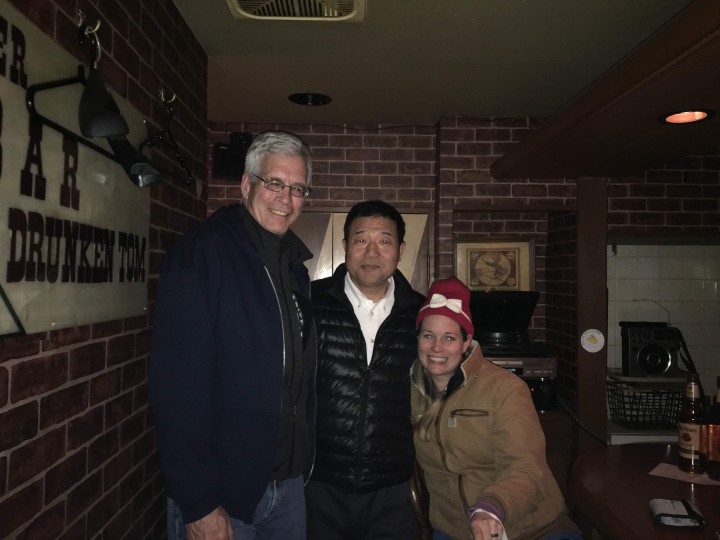 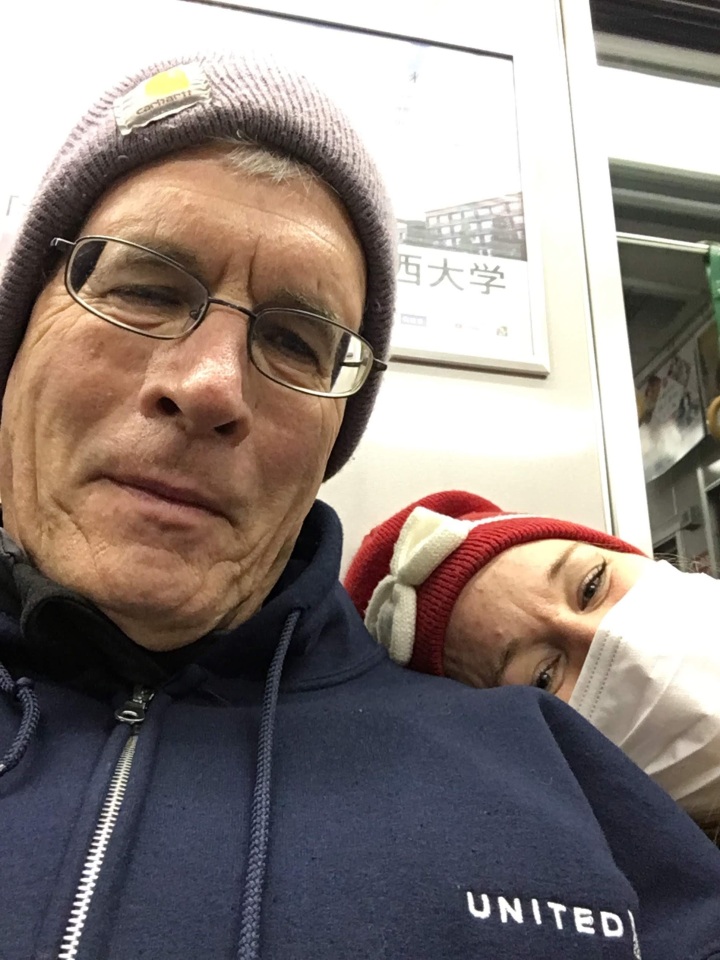 Three days of exploration occurred this weekend. Chichi and I spent a treasure of a night in Kobe after going on a cruise ship. My dad is catching on to communication skills. We went in and out of many new places in one night. Several places said “No English” when we walked in and we proceeded in with “that’s okay!”. I made a deal with myself that I would try one new place a week. Then we tried enough new places in one night to last me a month or two. The next two days were spent roaming the streets of Osaka. I cannot believe how many people fill the streets of the cities here, regardless of the day. 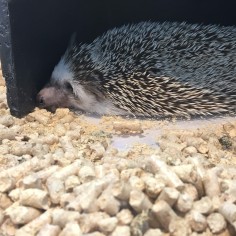 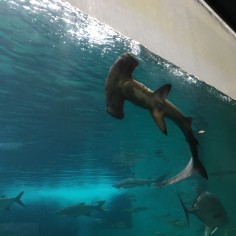 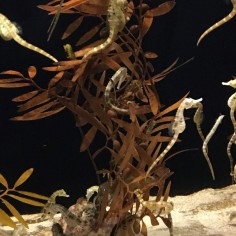 Suma Aqua Life-The aquarium here was amazing! I had several “first time” sightings-new marine life for me. Dolphins are one of my favorites. I had never seen one in real life until last weekend. I had no idea: 1. How big they are 2. How COOL they are 3. I just love everything about them. I have never seen so many sharks!! It was really a good aquarium. For as much as I love living creatures…I’m surprised by how much I enjoy these experiences. My dream is to see all these amazing creatures in their natural habitat. 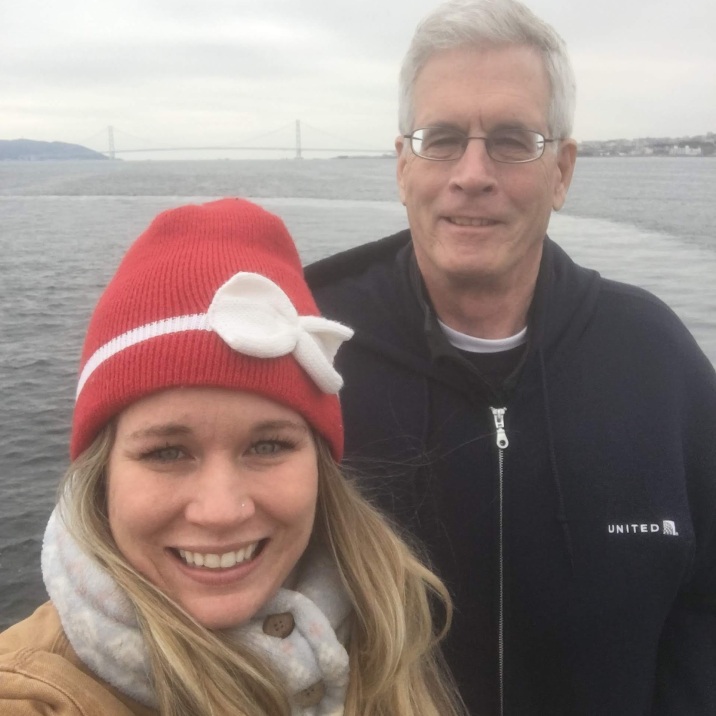 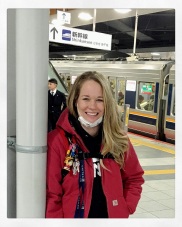 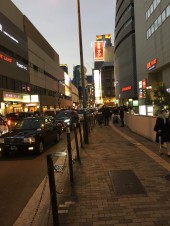 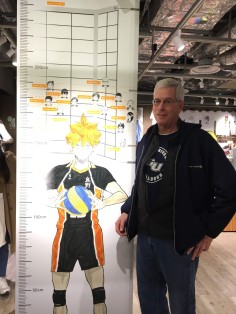 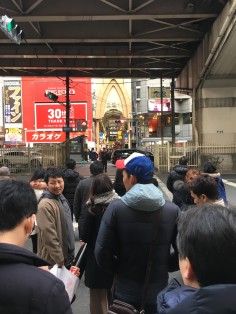 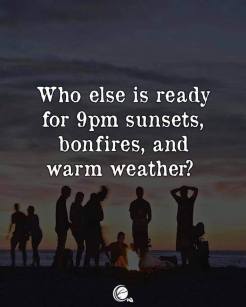 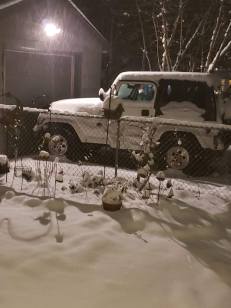 Our laughs are filling the streets of Japan, once again.

I’m sure missing my students, my tribe and my family back home. Valentine’s day is almost here. Share some love, take care of yourself and have a happy day.

A big sparkle in a small world. I am the person I want to be. Happy, healthy, free and safe. View all posts by Rachel Binger 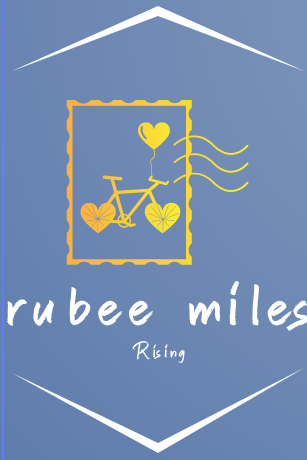 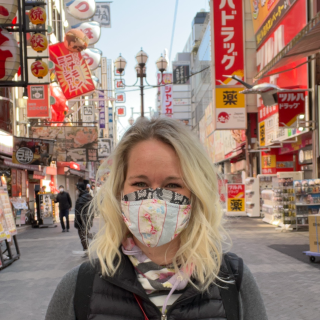 A big sparkle in a small world. I am the person I want to be. Happy, healthy, free and safe.